🇺🇸 USA Mfg heaters! ⭐️ All parts & materials are made in America– ready to ship 🚛 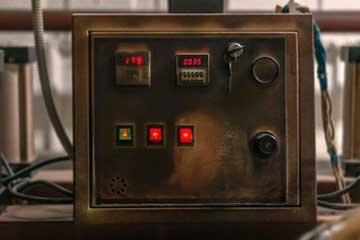 Control panels are an integral aspect of all mechanical and electrical machines. Operators of machines are able to easily regulate temperature, pressure, and humidity among other factors through controllers with the aim of making the operational process efficient and smooth.

The environmental sensor will constantly measure the temperature, the data is then compared against predetermined values which in this case form the set point. A control action is then initiated depending on the level of temperature recorded. It’s important to note that devices that are able to handle temperature sensor signals, as well as flow rate, humidity, and pressure, are simply referred to as controllers.

What Is A Digital Temperature Controller?

A digital temperature controller is an electronic device used to maintain the temperature of an item at a constant level.

The microprocessor-based technology records electronic temperature levels through the use of a sensor and checks them against the desired set point. The environmental sensor gives feedback about the temperature through signals in regards to the set point. The set point is the control amount that functions as the intended target temperature.

With the development of the industry, temperature indicators are being used in various devices such as chemical heaters, microwaves, and other systems that deal with heating, ventilation, and air conditioning. There are digital controllers on the market that specifically deal with the regulation of temperature. Depending on the appliance, they could either be digital or analog.

Digital sensors are able to supply information and results that are more accurate as compared to analog sensors. The accuracy of the data ensures a safe and more efficient system. This is because pneumatic analog sensors tend to drift out of calibration when excess loads are applied.

The accurate data and results from the electric sensors will help an operator manage a machine or system more effectively. This is because the set point of a digital temperature controller can be adjusted easily. By adjusting the set point, the operator is at a position in which they can better analyze information on energy consumption patterns on a daily basis thus saving heat energy and money on electric bills.

A digital controller comes with a control panel that will help operators see how the device performs by being able to read and analyze data on the heating and cooling process reported by sensors. This enables the user to resolve any technical issues on the device in immediately before irreparable damage occurs.

Digital temperature controllers come with increased flexibility as they are easy to integrate with computer software. After integration, the user can easily change set points, alter the algorithm by which they function. The user can also reset schedules so that they can be used in various applications such as fire alarm systems or lighting, control systems or even industrial water level sensors. 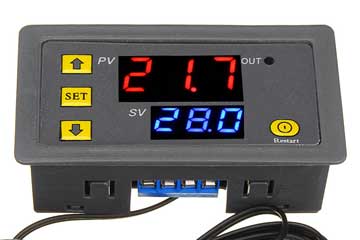 What Does A Temperature Controller Do?

In the event that the logged values are different from the set point, the digital controller will send out signals through the sensor to start or stop a control loop process of regulating temperature.

Is PID A Good Controller For Temperature Control?

PID is a good controller for temperature control because it is ideal for accuracy and stability.

It is highly ideal for systems both with a small mass and those that react quickly to energy changes. The integral and derivative adjustments are both expressed in units based on time and are referenced according to their reciprocals which are reset and rate. Using trial and error, the terms that come up as a result of the combination of the proportional controller with the integral and derivative adjustments are separately ‘tuned’ to a specific system. The PID controller is applied in systems that have consistent load changes because the controller has to automatically compensate with changes in the set point, load mass, as well as energy supply and availability.

A proportional temperature controller is designed to eradicating the cycling associated with on-off control of a heating system. The proportional controller will reduce the average power that is fed to the heating system as the temperature nears the values encoded as the set point. The purpose of this function is to slow down the heater so that it does not overshoot the set point.

Instead, it will approach the set point in a gradual and timely manner so as to maintain a stable level of temperature. The work of proportioning temperature can be done by turning the output on and off over intervals of short periods. This function is successfully achieved through varying the ratio of the time the appliance stays both on and off so as to control the temperature.

Got Questions? We Got Answers

And no we aint RadioShack. My name is Skip Schaefer. I have been in the metal finishing equipment industry for over 50 years.
I will be happy to help if you have further questions or assistance setting up your process heaters and controls. 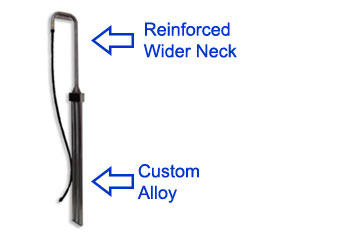 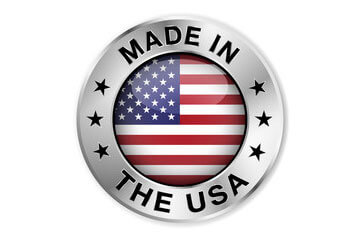 Learn
More
Made In The USA 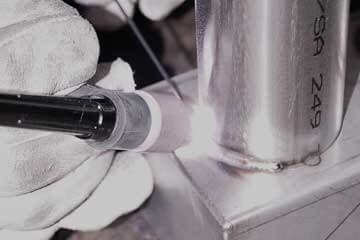